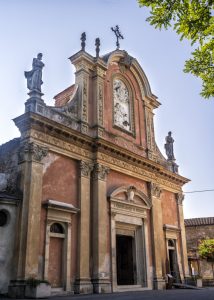 This parrish, dedicated to the Virgin Mary Assumed into heaven, was built on the remains of a pagan temple and it dates back to the 10th century. The original part was composed of the central nave (it only remains the Romanesque apse) and the left aisle. It was then enlarged in 17th and 18th century. In the sacristy, there are some nice late-gothic frescos (15th century), like the Crucifixion and the Saint Sebastian incarcerated, maybe paint by Pietro da Saluzzo. At the end of the left nave there are further paintings (15th century). Next to the chorus, there’s a Christ of Piety. 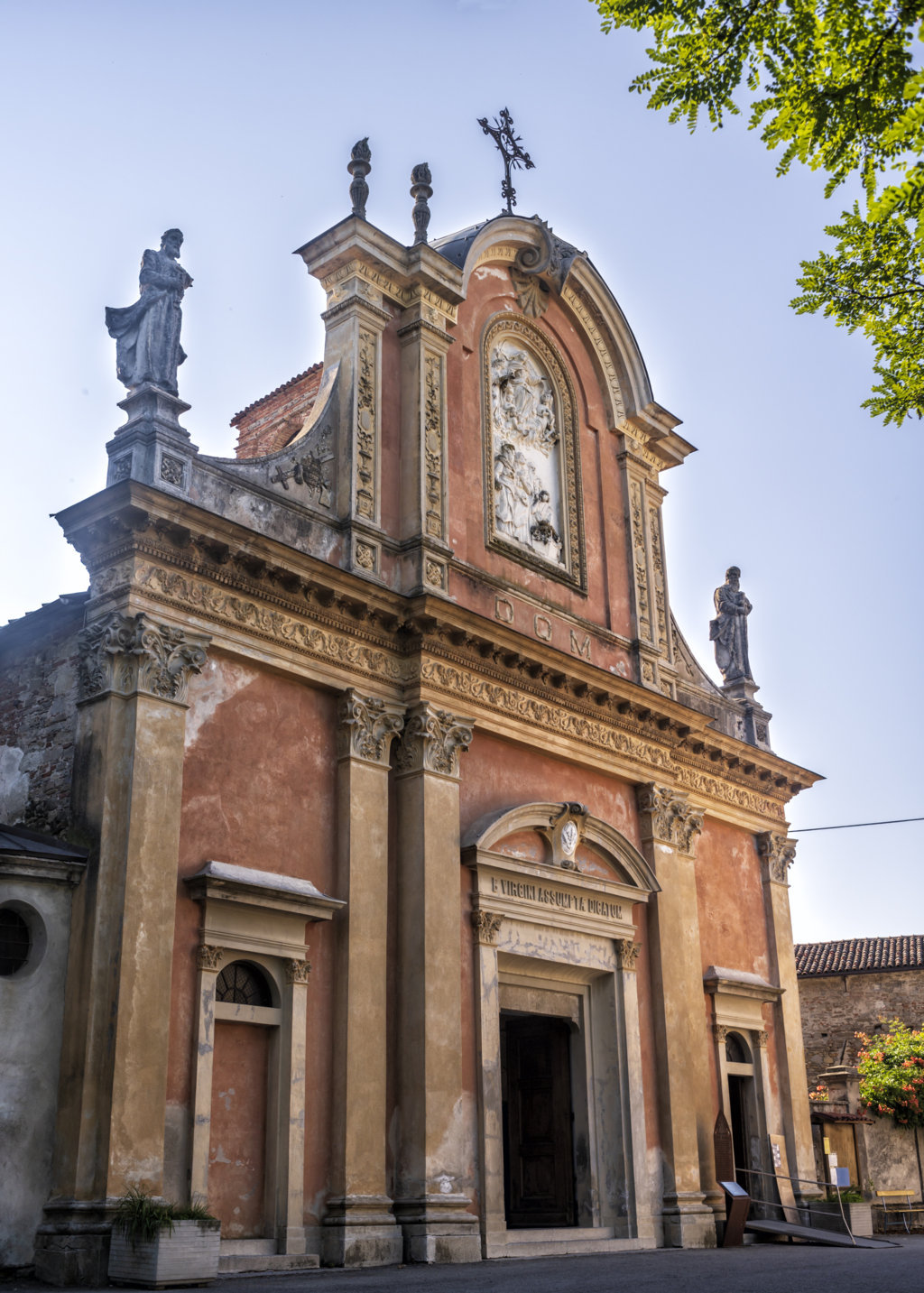 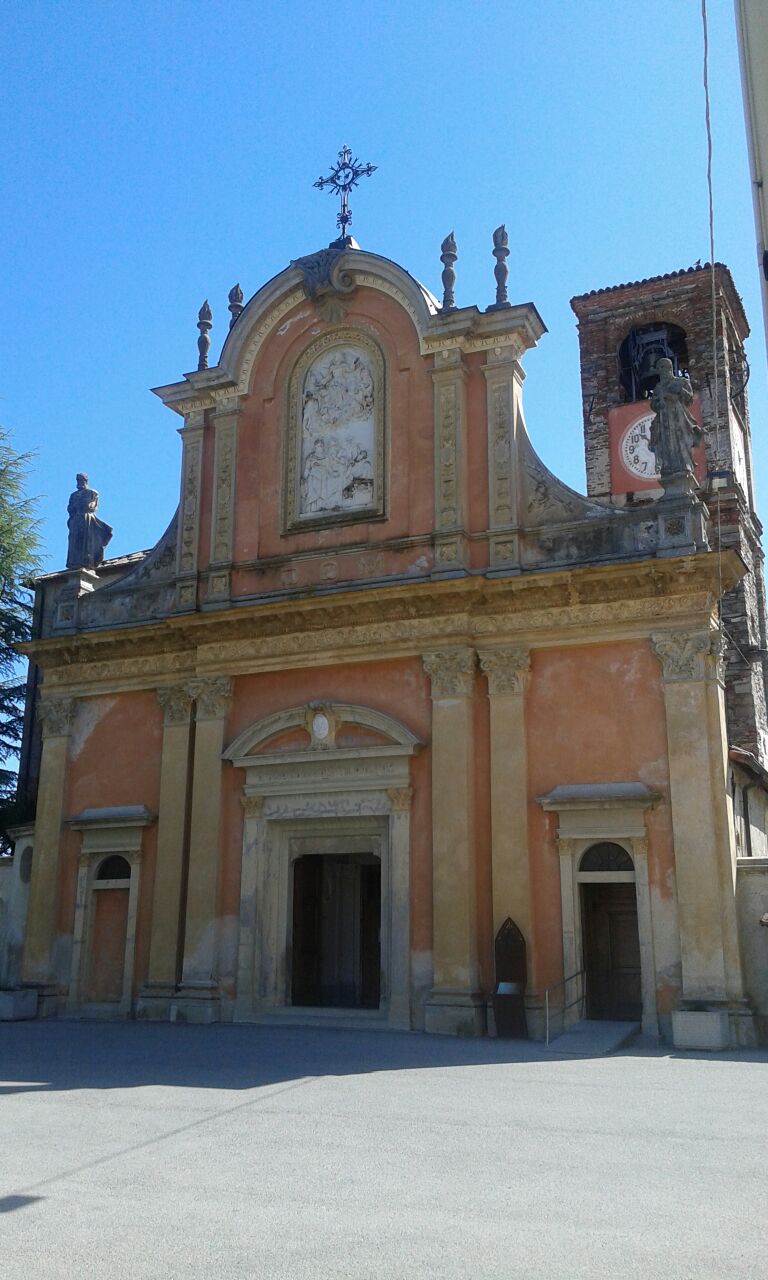 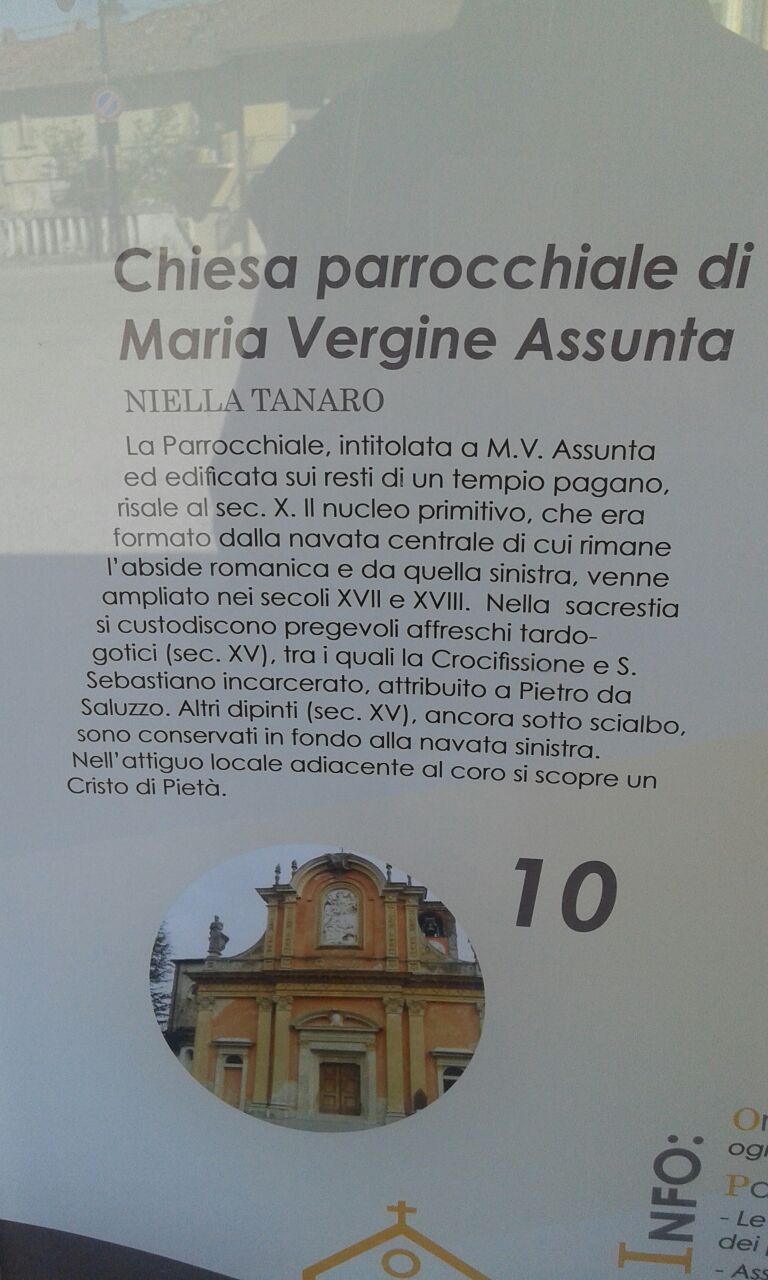